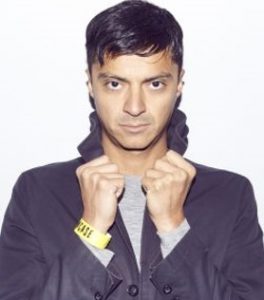 Cesar Urbina started his DJing by accident as he enrolled in Multimedia Studies, where he was invited to set up the gear of a brand new FM station in Mexico. After moving all his record collection, friends and woes to the radio facilities, the new team of class-skipping friends created one of the best radio schedules south of the Rio Bravo border. Ten years of music production and programming gave him the know-how to play either long psyché DJ sets, as well as bold, sweaty dance floor sessions. His personal work encompasses different areas; first as a producer and composer of his own music under the aliases Cubenx and Parakat as well as mixing, beat-making and producing for other artists. He has released three albums on the French label Infiné, the last one as part of an interactive installation with visual artist Maotik.